In my recent blog I criticized the technique of a guy in Chennai, who claims he is a martial arts teacher . He also wrote a rejoinder, which without mentioning the art by name, criticized every aspect of KravMaga. This guy was also intelligent enough to make his prejudiced bile sound like a dispassionate comparison of martial arts. But ...

... Why is it NOT intelligent to compare different martial arts?
This half-baked guru's comparison of different methods itself is misleading, like comparing apples and oranges, to use a cliché.
Why look into the physical-anthropological aspect, when analyzing a martial art?

Let me first state that the concept of sub-species amongst humans is NOT racist. For instance in forensics , when examining a murder crime, whether the body is of an African, Asian or European ancestry can be specified with a high degree of accuracy.
So, it's an established reality that subspecies of humans have some predominantly common physical characteristics.
The martial art evolved in a region where mostly the men are tall and big will be different from a region where the majority of the males are short and stocky. That’s why different geographies gave us varied forms like Boxing, Judo, KungFu, Kali and Wrestling.

Why look into sociological origins of a martial art?
The origins of traditional Japanese unarmed combat can be traced to the caste system which prohibited certain communities from carrying weapons. In India too there was a similar caste system, where the Kshatriyas were supposed to be the warrior class.
Nowadays these caste differentiators have blurred; so thankfully martial arts can be learnt by everyone.
The threats to the community also influenced the martial traditions; the most legendary, I can recall now, are the Spartans of ancient Greece, the Sikhs of Punjab and the Gurkhas of Nepal. Not to forget the Buddhist monks of Shaolin, who evolved an unique system suited to their lifestyle.
The nature of the environment will also influence the fighting system..thats why a tribal in a tropical jungle will fight different from a Bedouin in the desert.

Why political climate influences a fighting art?
When carrying of weapons is banned by authority, mundane household or farm equipments evolve into improvised weapons. A classic example is the Tonfa of Japanese martial arts, which is the improvised version of the rice-grinder handle. 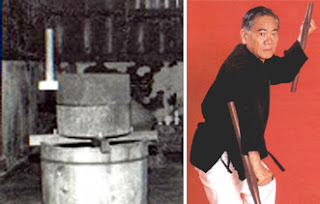 Why the trainee's profile influences the choice of fighting methodology 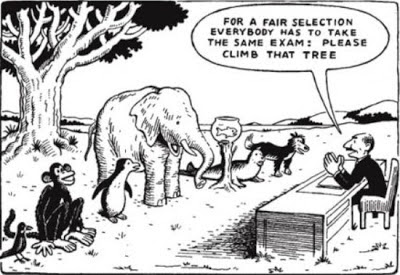