Showing posts from July, 2012
Show all

Effects of Sexual Harassment (5 of 5 on Crime against Women)

Being sexually harassed can devastate your psychological health, physical well-being and vocational development. Women who have been harassed often change their jobs, career goals, job assignments, educational programs or academic majors.
In addition, women have reported psychological and physical reaction to being harassed that are similar to reactions to other forms of stress. They include:
Psychological Reactions 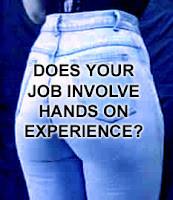 There is no one way to respond to harassment. Every situation is different and only you can evaluate the problem and decide on the best response.
Friends, affirmative action officers, human resource professionals and women's groups can offer information, advice and support, but only you can decide what is right for you. The only thing you can be absolutely certain of is that ignoring the situation will not cause it to go away. Above all, DO NOT BLAME YOURSELF FOR THE HARASSMENT. It is not your fault. Place the blame where it belongs--on the harasser. Self-blame can cause depression and will not help you or the situation.
Many Women Have Found These Strategies Effective: Say NO to the harasser! Be direct. Write a letter to the harasser. Describe the incident and how it made you feel. State that you would like the harassment to stop. Send the letter by certified mail. Keep a copy.
Keep a record of what happened and when. Include dates, times, places, names of persons involved and witness…
1 comment
Location: Chennai, Tamil Nadu, India
Read more

Types of Sexual Harassment (3 of 5 on Crime against Women)

Gender Harassment: Generalized sexist statements and behavior that convey insulting or degrading attitudes about women. Examples include insulting remarks, offensive graffiti, obscene jokes or humor about sex or women in general.
Seductive Behavior: Unwanted, inappropriate and offensive sexual advances. Examples include repeated unwanted sexual invitations, insistent requests for dinner, drinks or dates, persistent letters, phone calls and other invitations.
Sexual Bribery: Solicitation of sexual activity or other sex-linked behavior by promise of reward; the proposition may be either overt or subtle.
Sexual Coercion: Coercion of sexual activity or other sex-linked behavior by threat of punishment; examples include negative performance evaluations, withholding of promotions, threat of termination.
Sexual Imposition: Gross sexual imposition (such as forceful touching, feeling, grabbing) or sexual assault.
Of these five types of behavior, gender harassment is by far the most common, followe…
Post a Comment
Read more

Sexual Harassment: Myths and Realities (2 of 5 on Crime against Women) 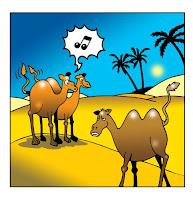 MYTH: The seriousness of sexual harassment has been exaggerated; most so-called harassment is really trivial and harmless flirtation.  FACT: Sexual harassment can be devastating. Studies indicate that most harassment has nothing to do with "flirtation: or sincere sexual or social interest. Rather, it is offensive, often frightening and insulting to women. Research shows that women are often forced to leave school or jobs to avoid harassment; may experiences serious psychological and health-related problems.

MYTH: Many women make up and report stories of sexual harassment to get back at their employers or others who have angered them.
FACT: Research shows that less than one percent of complaints are false. Women rarely file complaints are false. Women rarely file complai…
Post a Comment
Location: Chennai, Tamil Nadu, India
Read more

After the Guwahati incident, wherein a girl was sexually molested by around 30 men, I have been getting calls from concerned parents and IT/BPO companies which employ women; all enquiring about self-defense courses. Suddenly here was an ugly reminder of the safety of women on Indian streets.
“Oh..come on..it’s the same all over the world. .tell me..if the girl is walking outside a bar at that time, what does she expect?!”  shrugged one middle aged man, while another waved the whole the thing away with a generic dismissal , “She is a victim of the angrezi pub culture”
But the truth is more ugly and accurate, as these facts below point out. The security of woman in India is amongst the lowest, globally ( Source - http://www.womanstats.org) The more startling fact is, even war-torn Somalia is rated a better country in terms of safety of women! India is at the bottom 4 along with Afghanistan, Congo and Pakistan. (Source -www.trust.org)
In India , Andhra and Bengal seem to be the worst state…
6 comments
Read more 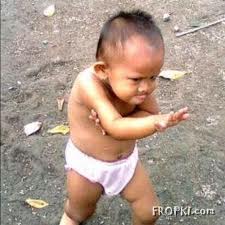 "Sensei, Sifu, Shihan, International Grand-Master, Shaolin monk, Guru , Aasaan"  In Chennai roads I find posters in every wall or boards on each lamp post advertising these characters. They are in various funny poses and wear exotic uniforms. Most of them try to look intimidating with stern expressions or a feline snarl.
Is this plethora of loud and vulgar communication an indication of a big market of gullible youngsters! Probably it’s the lure of easy money to be made in a field, which has no defined standards of delivery or measurable criteria for 'experts'.
That’s an earful of management jargon. Let’s ask in plain English…
"Why do people pay money to gurus who blatantly promise fantastic results?!"
It’s nothing but the basic greed of the majority which always asks “HOW TO GET MORE THAN I DESERVE.”  It’s not only in earnings but in every department of life people dream of results which are disproportionate to effort put in; including martial-arts.
Now tha…
2 comments
Read more
More posts