Showing posts from November, 2012
Show all

Why I practice Violence as a vocation 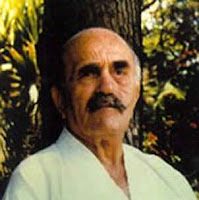 THE ZEN OF STREET FIGHT - SOME SMART TIPS - Part II

Warning - This analysis may NOT be very crisp like my other posts. But still I will highlight the key definitions in bold, so that you can have at least a net-take if you don’t have the time.
In Part I we started looking at issues which had to be understood before one takes up training in fighting arts.  Having stated that violence is mostly NOT an intelligent solution to confrontations, lets now try and answer  "Then why should one learn fighting, especially the most violent system of KravMaga!?" The answer is simple.
"So that the good can do their work"
This is the base line of KravMaga, attributed to Imi Lichtenfeld  who is considered as the founder of the combat system. This line captures the essence of KravMaga.
Why I practice Violence as a vocation
Once while talking to my friend, who was living in London, she asked me "Why of all things you practice violence, like a thug? You are supposed to be cerebral guy,…
2 comments
Location: Mylapore, Velachery, Anna Nagar
Read more
More posts