6 Signs of a Stupid Street Fighter

Recently, in Brazil, UFC Featherweight champs Maiqul Falcao and his training partner Kaue Mena was beaten up by a gang outside a gas station. Kaue Mena is now in critical condition at a hospital.
The video clearly shows Falcao hitting a girl unprovoked, which brings to the scene a gang of local youth. The gang vastly outnumbers these 2 UFC fighters and they proceed to make mincemeat of the fighters, with rods and merciless kicks to the head.
So these heroes of the ring become pathetic zeroes on the street.
What's the net take?
What are the signs that differentiate a victim of his own Ego, Ignorance and Stupidity?
What makes a guy a stupid street fighter?

1) Tendency to initiate brawls
Some people have a negative cloud hovering over their heads always. They keep on goading others by being rude, provoking and abusive. They get away with it when they are in dominant positions, inside their home or office cabin. But once outside the safety of their domains, they invite trouble, like flies to a sweet-shop.
Stress, Frustration and Anger can also worsen social interaction. But, from what I have noticed, Alcohol is a major catalyst of violent confrontations.
Many years back, in my office there was a small diminutive guy - Madan. During the day time he was shy and soft spoken. But when he came to the office in the mornings, he will sport a black eye or random injuries. One day I happened to be beside him in an office party. He was sipping a drink and making small talk. Suddenly he took umbrage to something I said and jumped on me! Since I had been warned about Madan's metamorphosis, I managed to keep him at bay without getting offended. But, let me tell you, he was totally a different person, ugly and snarling! No wonder, strangers loved to smash his mug…hmm.
Net take - Suicidal characters are Rude / Stressed / Frustrated / Turn into " The Hulk' after a few drinks! These guys should recognize and accept they have a serious problem. That's the first step away from becoming a walking 'Punching bag'.


2) Walking around like a thug, inviting unwanted attention
Mc MarcYoung calls these puffed up Supermen as 'Beta' males.. They try to ape the 'Alpha' male, but fall short miserably.
I often see some youngsters walk with their nose up and arms out sideways as if their lats are bulging. These prop-ups are more comical than intimidating. Some of my young trainees in KravMaga are also prone to puff up like this. I caution them that bullies enjoy puncturing their 'Beta' ego-balloons.
Net take - Don't behave like an Alpha male when you don't have his kind of resources. Alphas are natural leaders and have a plan for escalations.

3) Getting into dangerous situations foolishly
Recently my wife and me visited a temple near the Kalashetra beach. While walking back to the car she suggested “Let’s sit for sometime in the beach.” That stretch of beach is full of bushes, more frequented by men and women peddling sex and their customers, which she was not aware of; so I said “This beach is not safe and let’s go to Besant Nagar beach, which is just a few minutes’ drive away.”
My wife started teasing me, that I am a coward in spite of being a KravMaga instructor, teaching police commandos! I replied “It’s wiser NOT to get into a problem, than get into a situation and struggle to solve it."  What if 4 or 5 guys accost us and I get hit on the head by a stone from behind?!
Net take - Avoid going to lonely or dangerous places, especially with dependents.
If you can’t avoid, be extra vigilant. Better be prepared, with a strong deterrent.

4) Thinking backing-down-from-a-fight is unmanly
When the opponent has a major tactical advantage like numbers, weapons or location, just bail out. Don't let your misplaced Ego stand between you and your safety. As one of my KravMaga instructors said, “Improve your position backwards." :)
Say sorry and back out.. Or if it’s too late to cool the opponent's anger, just run. This is for an anger situation.
In a crime situation, comply with the criminal, if what he needs is just money. It’s better common-sense to give away a few hundreds, than to spend thousands in a hospital.

5) Blind to situational awareness
Long back I got myself in a rage situation in a petrol bunk..While I was engaged with my opponent, suddenly a punch from somebody else whizzed past my nose. I turned to see 3 or 4 guys, total strangers to both of us, attacking me with gusto.
I ducked between them and came out on the other side. With room to maneuver, I was able to thwart them.
This incident came to my mind when I started practising KravMaga. In KravMaga, every technique ends with a scan of the surroundings, especially when confronting multiple attackers. (Video)
This scan of surroundings is very critical for survival, since 'tunnel vision' is one of the adrenalin induced reactions in shock stage.
Net take - Never assume there is only one issue and that you have addressed it. Scan..and..Scan.

6) Complacent due to martial arts training
Practicing Martial arts is like swimming in the pool. Fighting with a street-smart criminal is like swimming in the rough seas.
Unfortunately, even many instructors of martial arts are not aware of it.They teach unrealistic techniques to awe-struck trainees, totally oblivious that they are putting their trainees' safety in jeopardy.
Especially, many frauds, who are capitalizing on the ignorance, are awarding black belts like a vending machine. In Chennai, one pretender put up a poster recently - "Champion in 25 days!".. That’s an improvement for him, as he caught the gullible public's imagination, some months back, by announcing "Black Belt in 30 days!."  Imagine the number of clueless victims he is churning out!
The harsh reality is, most of us live in one particular social group… and being perceived as tough in that peer group, is highly misleading. Once the 'bad-ass' gets exposed in an alien environment, he will get his ass handed back to him, in so many different ways which his instructor was not aware of.
Here is a classic example of complacency due to martial arts. (Video)
Net take - You are NOT exposed to mindless violence...and you are NOT trained to face that ugly violence inside most martial arts dojos. 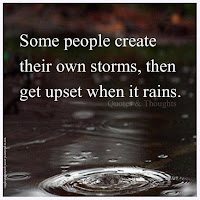 So, DON'T BE A STUPID STREET FIGHTER!
Common Sense, Politeness and Good Manners are better alternatives to stupid fighting. Period!