The concerns to be taken into consideration when training police in close combat are –
CONCERN 1 - Police can't use force disproportionate to the threat and risk being censured by human rights activists and media.

CONCERN 2 - While a civilian can neutralize an attacker and leave the scene, Police job is NOT complete till control and arrest of the attacker. 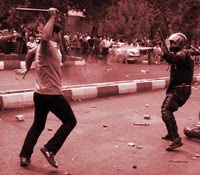 CONCERN 3 - While civilian training is more on self defense, training to police has to give importance to pro-active intervention in a violent situation. 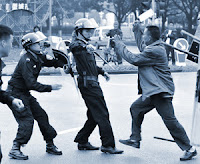 
CONCERN 5 - Police don’t get enough regular hours to practice. Most of them don’t get any organized course after basic training.
CONCERN 6 - Training should stress on local needs.