WHY SOME FREEZE IN A CRISIS AND HOW TO AVOID IT. 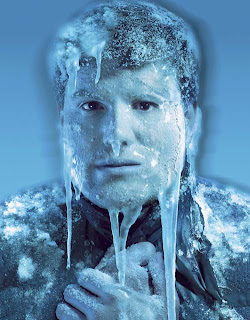 In a sudden confrontation, people often freeze. Even martial-art practitioners and military soldiers are not exempt from this comatose response.
First we will look at why this happens and later we will see how to train the body and mind to avoid this freeze.
WHAT HAPPENS DURING 'THE FIGHT OR FLIGHT' SITUATION
The technical term is Tachypsychia. In this neurological condition due to a sudden surge of adrenalin in the blood stream, the following happen -
• Heart beat can rise up to 300 bpm, resulting in high Blood pressure. That’s why many faint in a crisis.
• Heavy breathing due to dilation of airway to lungs.
• Limbs don’t move, as body prepares for defensive foetal posture.
• Dilated eye pupils, which produces visual exclusion known commonly as 'tunnel vision'. That’s why people lose peripheral vision.
• Auditory exclusion also happens. That’s why people in shock appear deaf and seem to be far away, in their own world.
• Epinephrine dump in the brain makes Time either speed up or slow down. That’s why many appear disoriented.
After the crisis people are drained out physically and mentally due to 'post-traumatic stress disorder'. Wait till the blood pressure returns to normal level and the blood stream flushes the adrenalin.
HOW TO TRAIN AND AVOID THIS FREEZE
Even the best trained will freeze if they are not taught to handle –
• Opponent's aggression
• Unpredictability
• Stress induced by Fear and Anxiety
In KravMaga training after the trainee is familiar with basic skills, a gradual escalation of physical and mental stress is introduced.
This training in handling stress achieves five results -
• The trainee' body and mind gets used to handle unpredictable aggression.
• Muscle memory is enhanced where the body responds without intellectualising the predicament.
• Their tolerance threshold increases, giving them more clarity in a crisis.
They don’t unnecessarily over-react escalating a situation, which could have been diffused without violence.
• The fear of confrontation and injury is eliminated, enhancing motor skills.
• And most important, they understand how techniques which worked fine is a serene atmosphere fail in unpredictability. So their complacency is reduced and they don’t end up making an ass of themselves.
I often hear my students narrating their deft handling to diffuse ugly road rage situations, where earlier they used to be confused. I feel more satisfied than if they have they told me they thrashed 3 goons! I have taught sanity and not mindless violence.
Email – kravmaga.chennai@gmail.com
Facebook – Krav Maga Chennai
aikido anger management fitness chennai gang attacks Krav maga kravmaga multiple attackers street fight WOMAN SELF DEFENSE

The Dynamics of Police encounters - Part 2
The background of encountered criminals - Venkatesh Pannaiyar This was an encounter which resulted in the transfer of the charismatic Vijayakumar IPS, the then Commissioner of Police, Chennai. Read on to understand how the police fight crime with one arm tied behind their back. Also how the media, which cant shed its caste and community prejudices, packed off an efficient officer from the state itself, in spite of delivering whatever assignment given to him.
VENKATESH PANNAIYAR - THE BACKGROUND
The diminutive and nattily dressed Venkatesh Pannaiyar won’t physically fit the prevalent image of a don.
But he is a product of generations of caste feud plaguing Southern TamilNadu. His family is from Moolakarai near Tuiticorin; an area with the dubious reputation for making country bombs and gun running.
Venkatesh's uncle, grandfather - important elders of their community have been murdered by Dalits, when he was a boy. Venkatesh, grew up as a…
Read more